The glory days of the Church calendar (pre-1955), once highlighted the commencement of the Octave Feast of the Nativity with consecutive celebrations of three martyrs of Christmas, exemplifying the three types of martyrdom: the red martyr Stephen, the white martyr John, and the infant martyrs (the Holy Innocents).

The origin of this trio of celebrations dates back to the 4th century and was once commonly known as “Comites Christi” (Companions of Christ).

This sequence of feasts illustrates the three classes of martyrs, each distinguished by an eight day octave celebration:

Martyrdom is the seed of the Church and therefore it is most suitably celebrated following the birth of Christ, the one who came to die the most brutal martyrdom for all of us. This reminds us that Christians are all called to a martyrdom of one kind or another, as our Lord exhorts us in Mark 8:

If any man will follow me, let him deny himself, and take up his cross, and follow me. For whosoever will save his life, shall lose it: and whosoever shall lose his life for my sake and the gospel, shall save it.

St. Stephen’s Feast is celebrated on December 26. His martyrdom is recalled in Acts 7: 58-59 after his great oration before the Libertine council:

And casting him forth without the city, they stoned him; and the witnesses laid down their garments at the feet of a young man, whose name was Saul. And they stoned Stephen, invoking, and saying: Lord Jesus, receive my spirit.  And falling on his knees, he cried with a loud voice, saying: “Lord, lay not this sin to their charge.” And when he had said this, he fell asleep in the Lord. And Saul was consenting to his death.

He is such an important example to the Church!

The extraordinary faith and foresight that he had to pray for his killers is believed to have planted the seeds of the conversion of his persecutor Paul. The establishment of Christianity owes much to the zealous witness of Paul and the prolific canon of Scripture attributed to him. The Feast of the Conversion of St. Paul was chosen for January 25th, perhaps to echo the connection to the birth of Christ by drawing a parallel  to the birth of the first generation of Christian converts.

According to St. Augustine, Stephen was the head of the first seven deacons that St. John saw as angels standing near the altar as depicted in Revelation 8.

St. John is commemorated on December 27, a date that he originally shared with St. James the Greater (until his feast was transferred to July 25), who was the first apostle to be martyred. His feast was also celebrated as an octave. Again, one can’t help but wonder the significance of the date being the 25th of the month.

He is uniquely celebrated by the Church as a “non-martyred martyr.” St. John represents “white martyrdom,” someone who willingly sought and accepted martyrdom but God was pleased to miraculously prevent it from happening. Failed attempts at his martyrdom included boiling in oil and the poisoning of his wine. Arguably, part of his “martyrdom” was having to witness the entirety of the crucifixion and His mother’s sorrowful passion at the foot of the cross.

John was often referred to as the “one Jesus Loved.”

According to some Church Fathers, the cause of this special love of Jesus for him was his virginal purity and the tender love he bore to the Lord.

“He was more beloved than all the other Apostles,” writes St. Thomas Aquinas, “on account of his purity.” “For the same reason,” says St. Anselm, “God revealed more mysteries to him than to the other Apostles… because he surpassed all in virginal purity.”

Thus, celibacy and perfect purity became his martyrdom in the tireless and obstinately heroic denial of the flesh and sensual desire.  It was this purity that elevated him to receive the deepest mysteries and distinguish his Gospel from the other three (the other Gospel writers were probably not celibate).

St. John signifies the personal martyrdom of the vocation of the holy Priesthood.

It has been observed that there is no existing tomb or bodily relics for St. John, further distinguishing him among all the apostles. There are antiquital and apocryphal references to a tomb and the possibility of a resurrection and ascension (e.g. Protoevangelium of St. James). It therefore has to be considered a possibility that St. John perfectly martyred his flesh by leading a sinless life and therefore his body was assumed into heaven to be exalted before the Day of Judgment.   This is the opinion of the Greek Church and a number of Church fathers. The Church has never favored nor condemned this belief but some of the hymns of the Offices allude to this belief. (Source: The Liturgical Year, Dom Prosper Gueranger,  January 3rd Octave of St. John).

The conclusion of the Octave of St. John focuses on recognizing of the Seven Churches in Asia Minor listed in Revelation that he helped establish.

The Holy Innocents – Martyrs of Christmas

The Feast of the Holy Innocents (Childermas) completes this unique Triduum of Octaves, the only place in the calendar where consecutive octaves were kept (the other two simple octaves are St. Lawrence and the Nativity of the Blessed Virgin Mary). The Octave of the Feast of the Holy innocents is the most forgotten of the three octaves. Ironically, one might note that the octave is recognized more in secular culture as most internet entries point to the album “Octave of the Holy Innocents, ” by the collaboration of Buckethead, Michael Shrieve and Jonas Hellborg.

The Holy Innocents died unknowingly by the sword and spear for the sake of Christ at the hands of the cruel Herod. Baptized by their blood, the Church teaches that they were privileged to receive the Crown of Glory and became known as the “First Flowers of the Church.”

According to Ven. Mary of Agreda and others, the slain innocents included children of some of the shepherds to visit the Nativity as they were warned by the angels:

“Their parents consented joyfully to the martyrdom, which the children themselves desired and offered themselves to the Lord, whom they were made to know beforehand.”

The Mystical City of God by Ven. Mary Of Agreda

It seems to me, at least, that major abortion legislation were passed or enacted during this time period as some ironically diabolic tribute to the Octave (Ireland 2018, United States 2020, Argentina 2020).

Because the murdered innocents could not receive the beatific vision upon their death, their holy souls remained in Limbo. The Eighth day celebrates their triumphant entry into heaven.

The number seven has special divine significance as it signifies the order of creation, the Gifts of the Holy Spirit and the Sacraments. Therefore, you would expect some significance of the seventh day after Christmas.

Well, you got it! December 31 is the feast of St. Sylvester. He is celebrated as the first pope who was not martyred, symbolically closing the first age of martyrs with the legalization of Christianity under Emperor Constantine.

This Triduum of Martyrdom and their respective octaves was celebrated up until 1911, when St. Pius X decided to the reduce the prominence of octaves, reclassifying the feasts as “simple octaves,” meaning they were just memorialized on just the first and last day of the octaves. This was likely attributed to the desire to streamline the large number of prayers that would be said at Mass and the Daily Offices due to all these concurrent feasts.  In 1955, Pope Pius XII suppressed all octaves, except those of Christmas, Easter, and Pentecost. As a result, the formal observance  of these feasts have been relegated to those traditional Catholics favoring the pre-1955 calendar and missal. Source: Fr John Reutemann.

One consequence of these modern changes is the introduction of ferial days within the Christmas season, which diminishes its glory. It also reduces the sophisticated beauty of the Church’s liturgical year.

As traditional Catholicism continues to grow, there is notable growth of interest in the Latin Mass and the traditional Church calendar. However, when one becomes immersed in the traditions of the Church, it becomes evident that even in the 1962 missal used by most Tridentine parishes contains some inadequacies. Some priests have requested permission to observe the pre-1955 Holy Week. This stands as promising sign for greater interest in the pre-1955 Liturgical Rites and hope for the return of more pre-1955 tradition! 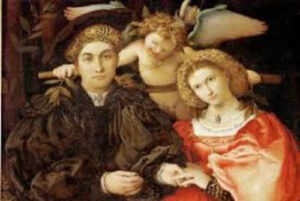 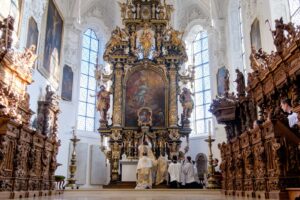 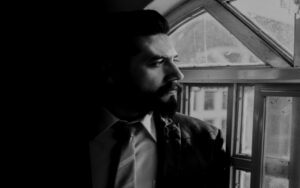 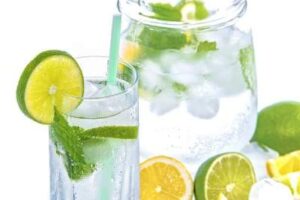 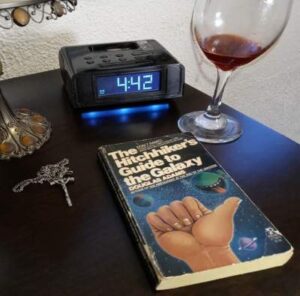