Have a blessed Christmas everyone!

Here is a wonderful Sermon by St Leo the Great!

Our Saviour, dearly-beloved, was born today: let us be glad. For there is no proper place for sadness, when we keep the birthday of the Life, which destroys the fear of mortality and brings to us the joy of promised eternity. No one is kept from sharing in this happiness. There is for all one common measure of joy, because as our Lord the destroyer of sin and death finds none free from charge, so is He come to free us all. Let the saint exult in that he draws near to victory. Let the sinner be glad in that he is invited to pardon. Let the gentile take courage in that he is called to life. For the Son of God in the fullness of time which the inscrutable depth of the Divine counsel has determined, has taken on him the nature of man, thereby to reconcile it to its Author: in order that the inventor of death, the devil, might be conquered through that (nature) which he had conquered. And in this conflict undertaken for us, the fight was fought on great and wondrous principles of fairness; for the Almighty Lord enters the lists with His savage foe not in His own majesty but in our humility, opposing him with the same form and the same nature, which shares indeed our mortality, though it is free from all sin. Truly foreign to this nativity is that which we read of all others, “no one is clean from stain, not even the infant who has lived but one day upon earth Job 19:4 .” Nothing therefore of the lust of the flesh has passed into that peerless nativity, nothing of the law of sin has entered. A royal Virgin of the stem of David is chosen, to be impregnated with the sacred seed and to conceive the Divinely-human offspring in mind first and then in body. And lest in ignorance of the heavenly counsel she should tremble at so strange a result , she learns from converse with the angel that what is to be wrought in her is of the Holy Ghost. Nor does she believe it loss of honour that she is soon to be the Mother of God. For why should she be in despair over the novelty of such conception, to whom the power of the most High has promised to effect it. Her implicit faith is confirmed also by the attestation of a precursory miracle, and Elizabeth receives unexpected fertility: in order that there might be no doubt that He who had given conception to the barren, would give it even to a virgin.

II. The mystery of the Incarnation is a fitting theme for joy both to angels and to men Therefore the Word of God, Himself God, the Son of God who “in the beginning was with God,” through whom “all things were made” and “without” whom “was nothing made John 1:1-3,” with the purpose of delivering man from eternal death, became man: so bending Himself to take on Him our humility without decrease in His own majesty, that remaining what He was and assuming what He was not, He might unite the true form of a slave to that form in which He is equal to God the Father, and join both natures together by such a compact that the lower should not be swallowed up in its exaltation nor the higher impaired by its new associate. Without detriment therefore to the properties of either substance which then came together in one person, majesty took on humility, strength weakness, eternity mortality: and for the paying off of the debt, belonging to our condition, inviolable nature was united with possible nature, and true God and true man were combined to form one Lord, so that, as suited the needs of our case, one and the same Mediator between God and men, the Man Christ Jesus, could both die with the one and rise again with the other.

Rightly therefore did the birth of our Salvation impart no corruption to the Virgin’s purity, because the bearing of the Truth was the keeping of honour. Such then beloved was the nativity which became the Power of God and the Wisdom of God even Christ, whereby He might be one with us in manhood and surpass us in Godhead. For unless He were true God, He would not bring us a remedy, unless He were true Man, He would not give us an example. Therefore the exulting angel’s song when the Lord was born is this, “Glory to God in the Highest,” and their message, “peace on earth to men of good will Luke 2:14 .” For they see that the heavenly Jerusalem is being built up out of all the nations of the world: and over that indescribable work of the Divine love how ought the humbleness of men to rejoice, when the joy of the lofty angels is so great?   III. Christians then must live worthily of Christ their Head   Let us then, dearly beloved, give thanks to God the Father, through His Son, in the Holy Spirit , Who “for His great mercy, wherewith He has loved us,” has had pity on us: and “when we were dead in sins, has quickened us together in Christ Ephesians 2:4-5,” that we might be in Him a new creation and a new production. Let us put off then the old man with his deeds: and having obtained a share in the birth of Christ let us renounce the works of the flesh. Christian, acknowledge your dignity, and becoming a partner in the Divine nature, refuse to return to the old baseness by degenerate conduct. Remember the Head and the Body of which you are a member. Recollect that you were rescued from the power of darkness and brought out into God’s light and kingdom. By the mystery of Baptism you were made the temple of the Holy Ghost: do not put such a denizen to flight from you by base acts, and subject yourself once more to the devil’s thraldom: because your purchase money is the blood of Christ, because He shall judge you in truth Who ransomed you in mercy, who with the Father and the Holy Spirit reigns for ever and ever. Amen.” 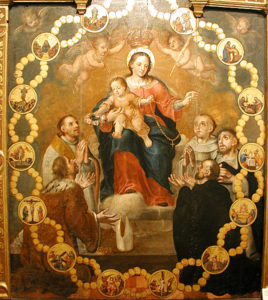 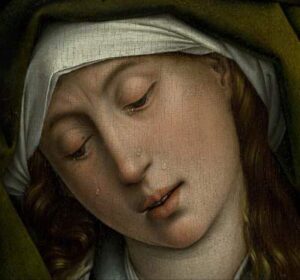 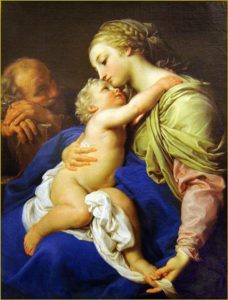 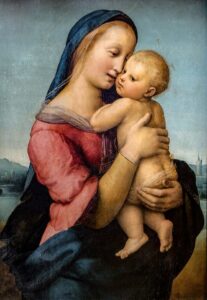 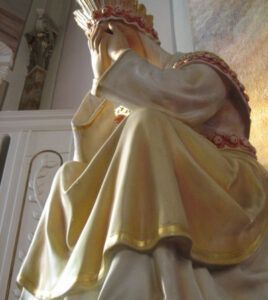