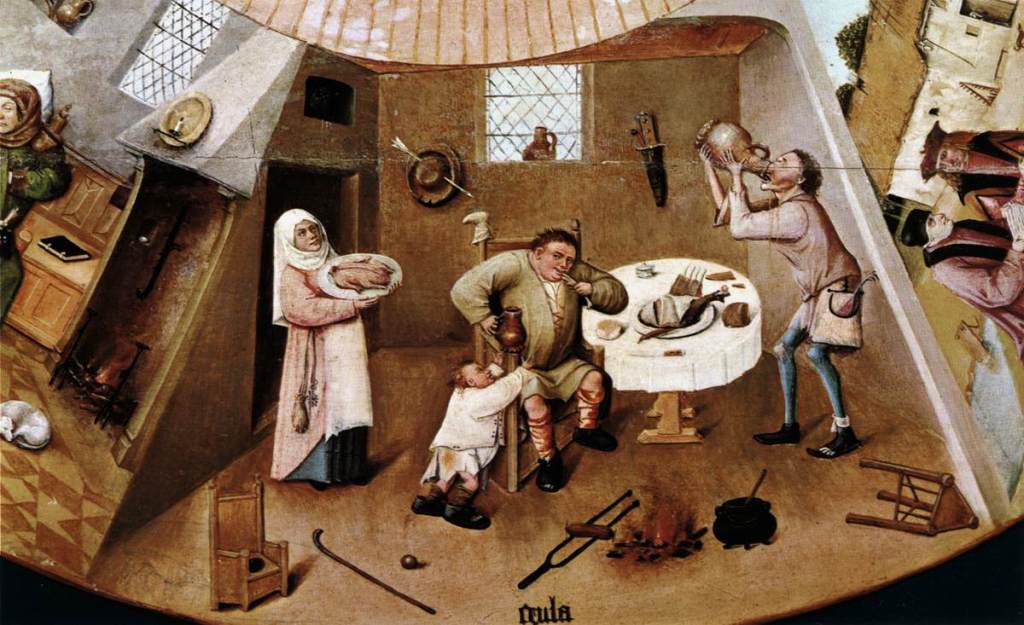 There is a wonderful little book called “The Sinner’s Guide“.  Do not read this book if you don’t want your sin brought into the light!  This book is for souls who are seeking personal sanctity.

I stumbled upon these remedies against gluttony, from which many of us suffer from, at least occasionally, and I thought I’d share some of the “remedies” from that book with you.

1) Remember That Gluttony Brought Death into the World

“When you feel the promptings of this shameful disorder, subdue them by the following considerations: Call to mind that it was a sin of gluttony which brought death into the world, and that it is the first and most important passion to be conquered, for upon the subjugation of this vice depends your victory over all others. We cannot successfully battle with enemies abroad when the forces within us are in a state of rebellion. Thus we see that the devil first tempted Our Saviour to gluttony, wishing to make himself master of the avenue through which all other vices find an easy entrance.” The Sinner’s Guide.

The devil tempted Eve through food.  Aside from wanting to be more like God, the fruit was beautiful.  Satan used the oral orifice to tempt both her and Adam.  In addition, the devil also sought to tempt our Lord through gluttony and visions of food during his long fast.  This tells us that gluttony is a dangerous vice that the devil knows how to use to his benefit.

2) Consider Our Own Lord’s Fasts and Mortifications

“Consider also Our Saviour’s extraordinary fast in the desert and the many other rigorous mortifications which He imposed upon His Sacred Body, not only to expiate our excesses, but to give us a salutary example. How, then, can you call yourself a follower of Christ, if, when He fasts, you abandon yourself to the gross pleasures of the table? He refuses no labor, no suffering, to redeem you, and you will do nothing for your own salvation!”

A 40-day fast is no joke. If our Lord was able to fast for 40 days, how is it that we can’t say no to an additional serving of cake or french fries?  Maybe we should meditate on our Lord’s fast to put things into perspective.

“St. Bernard tells us, there is no food so unpleasant that it may not be made palatable by mingling it with this bitter draught. ; how they fled from the world to remote solitude, where, after the example of Christ, they crucified their flesh with all its irregular appetites, and, sustained by God’s grace, subsisted for many years on no other food but roots and herbs. Behold how these men imitated their Divine Model; behold what they thought necessary to reach Heaven. How can you gain this same Heaven by the path of gross and sensual pleasures?”

Granted. We live in a world where we are pretty comfortable compared to the earlier Christians. Some at that time could only afford bread to eat and ale to drink. Even then, some went even further to mortify their desires. If we remind ourselves of what they gave up, surely we can stop eating as soon as we are full.

4) Think of the Poor Who Are In Need of Bread

“Think of the innumerable poor who are in need of bread; and at the sight of God’s liberality to you, blush to make the gifts of His bounty instruments of gluttony.”

We can offer up our extra servings for those who have to forage for food in garbage cans or line up on long lines at pantries. We should learn to be grateful for every bite, which will help to quell that desire to “swallow” our food, that is to gobble it up without reflection.

5) Think of Lazarus and the Rich Man

“To excite in your heart a salutary fear of this vice, recall to mind what is related in the Gospel of Lazarus, of his poverty, of his hunger which craved the crumbs which fell from the rich man’s table, and how he was carried by angels to Abraham’s bosom; while the rich man, who fed upon delicacies and was clothed in purple and me linen, was buried in the depths of Hell.

Gluttony is an inordinate love of eating and drinking. Our Saviour warns us against this vice, saying, “Take heed to yourselves lest your hearts be overcharged with surfeiting and drunkenness, and the cares of this life.” (Lk. 21:34).”

The definition of “surfeiting” is “to desire no more of something as a result of having consumed or done it to excess.” This is exactly what happens when we overeat. We become so full and sick of the food, we desire no more. We should stop eating as soon as we are satiated.

6) Remember That the Pleasures are Only for a Moment

We may say of gluttony what we have said of impurity, that its pleasures are equally restricted and fleeting. Yet earth, sea, and air seem unable to gratify this passion, for many crimes are perpetrated, the poor are defrauded and oppressed, and little ones compelled to suffer hunger, to satisfy the sensuality of the great. It is deplorable to think that for the gratification of one sense man condemns himself body and soul to eternal suffering. What incomprehensible folly to flatter with such delicate care a body which is destined to be the food of worms! For this miserable body you neglect your soul, which will appear before the tribunal of God as poor in virtues as its earthly companion is rich in sensual pleasures. Nor will the body escape the punishment to which the soul will be condemned. Having been created for the soul, it will share its sufferings. Thus by neglecting the nobler part of your being to devote yourself to the inferior, you lose both and become your own executioner.

Moderation and gluttony, temperance and excess, will not reap the same fruit in the next world. To patient suffering will succeed ineffable happiness, and sensual pleasures will be followed by eternal misery. What remains to you now of the pleasures of your guilty excesses? Nothing but remorse of conscience, which will be the principal torture of the life to come. All that you have lavished upon your ungoverned appetite you have irrevocably lost, but that which you have given away to the poor is still yours, for its merit is laid up in the kingdom of Heaven. That you may not be deceived by the snares of this vice disguised as necessities, govern your appetite by reason, not by inclination. Remember that your soul can never rule the flesh, if it be not itself submissive to God. This submission will be the rule and foundation of its empire. Let God command our reason; let reason direct the soul, and the soul will be able to govern the body. By observing this wise order decreed by the Creator, the whole man will be reformed. But when the soul rebels against reason, and reason against God, the body will soon rebel against the soul. Therefore, the following wise saying has justly become celebrated: “If you find difficulty in the performance of a virtuous action, the trouble is soon past and the virtue remains; but if you take pleasure in committing a base action, its pleasure disappears, but its shame continues with you.”

The pleasure that we derive in the moment we’re overeating does in fact last for a time. The moment we get full we start to regret overeating. So is it worth it?

These are some of the traditional remedies of gluttony. Have you tried any of them? If so, have any of them helped? 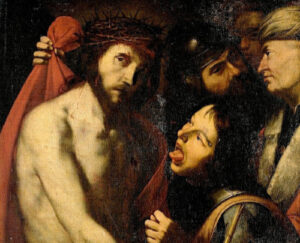 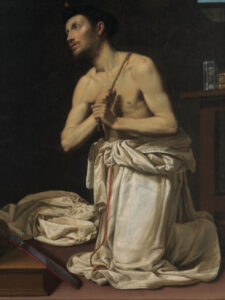 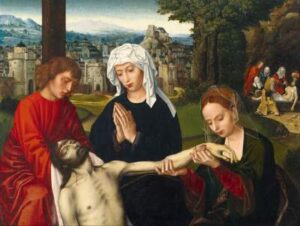 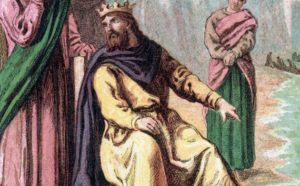 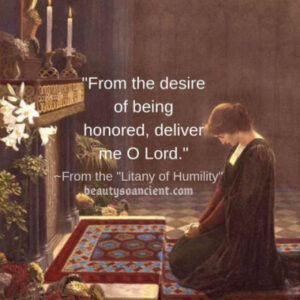