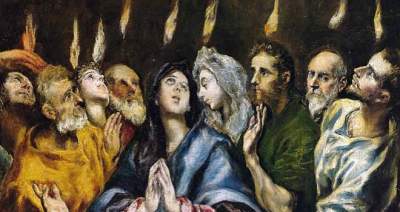 As I looked for a Pentecost  Sunday Sermon by one of the Church Fathers, St Augustine came to mind.  Not only is he a favorite saint for converts, but his sermon for the Feast of the Pentecost hits all the right buttons.

May this sermon refresh  your soul.

Sermon of St Augustine for the Feast of Pentecost 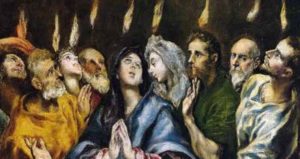 I. What is the Meaning of the Coming of the Holy Spirit?

This is a solemn day for us, because of the Coming of the Holy Ghost; the fiftieth day from the Lord’s Resurrection, seven days multiplied by seven. But multiplying seven by seven we have forty-nine. One is then added: that we may be reminded of unity.

What is the meaning of the Coming of the Holy Ghost? What did it accomplish? How did He tell us of His Presence; reveal It to us? By the fact that all spoke in the tongues of every nation. There were a hundred and twenty people gathered in one room; ten times twelve. The sacred number of the Apostles was multiplied ten times. What then, did each one upon whom the Holy Spirit descended speak in one of the tongues of each of the nations: to this man one language, to this man another, dividing as it were among themselves the tongues of all the nations? No, it was not so: but each man, singly, spoke in the tongue of every nation. One and the same man spoke the tongue of every nation: the unity of the Church amid the tongues of all the nations. See here how the unity of the Catholic Church spread throughout all nations is set before us.

II. Whosoever is Without the Church Has Not the Holy Spirit

Attend to this, you who are our members. A body is composed of many members, and one spirit gives life to all the members. By the human spirit, by which I am myself a man, I join together all my members: I command my members to move, I direct the eye to see, the ears to hear, the tongue to speak, the hand to work, the feet to walk. The duties of each member are different, but one soul joins all together. Many things are commanded, many done, but one commands, one is obeyed. What our spirit, that is, our soul, is to our own members, this the Holy Spirit is to the members of Christ, to the Body of Christ, which is the Church.

And so, where the Apostle speaks of it as a body, let us not think of it as a dead body without life. One body, he says. But, I ask you, is this a living body? It is living. By what does it live? By one spirit. And one Spirit. Be watchful therefore, brethren, within our own body; and grieve for those who are cut off from the Church. As long as we live, while we are in our senses, let all members fulfil their duties among our own members. Should one member suffer anything, let all the members suffer with it (I Cor. xii. 26). Yet, though it may suffer, because it is in the body, it cannot die. For what does to die mean but to lose the spirit? Now if a member be cut off from the body, does the soul follow it? It can still be seen what member it is: it is a finger, a hand, an arm, an ear; besides substance, it has form; but it has no life. So is it with a man separated from the Church. Seek if he has the sacrament. You learn he has. Look for baptism. You find it. The creed? You find it. This is the outward form; but unless inwardly you live by the Spirit, in vain do you glory in the outward form.

III. Unity is put before us in the Creation, and in the Birth of Christ.

Dearly Beloved, God greatly commends unity. Let you dwell upon this, that in the beginning of creation, when God established all things, He placed the stars in the heavens and trees and all green things upon the earth. He said: Let the earth bring forth, and trees and all living things were brought forth. He said: Let the waters bring forth creeping things and flying things; and it was done. Let the earth bring forth the living creature in its kind and cattle and beasts of the earth; and it was done. Did God make the other birds from one bird? Did He make all the fish from one fish? All horses from one horse? All beasts from one beast? Did the earth not produce many things at the same time? Did it not complete many created things with numerous offspring?

Then He came to the creation of man, and He created one man; and from one man the human race. Nor did He will to create two separate beings, male and female, but one man; and from this one man He made woman (Gen. i. II). Why did He do this? Why did He begin the human race from one man, if not to commend unity to mankind? And the Lord Christ was born of one person. Virgin therefore is unity; let it hold fast to its integrity; let it preserve it uncorrupted.

IV. Christ commends to the Apostles the Unity of the Catholic Church.

The Lord commends to the Apostles the unity of the Church. He shows Himself; and they think they are seeing a spirit. They are frightened. He gives them courage, when He says to them: Why are you troubled, and why do thoughts arise in your hearts? See my hands: handle and see; for a spirit hath not flesh and bones, as you see me to have. And see how as they wondered for joy He takes food; not from necessity, but for His purpose. He eats it before them. In the face of the unbelieving He commends to them the reality of His Body; He commends the Unity of the Church.

Lo, this is now come to pass; already we have seen Him. Tell us, O Lord; tell us Thou, Lord, lest we fall into error. And that penance and remission of sins should be preached. in his name unto all nations, beginning at Jerusalem. It began at Jerusalem, and it has reached unto us. It is there, and it is here. For it did not cease there to come to us. It has grown forth not changed places. He commended this to us immediately after His Resurrection. He passed forty days with them. About to ascend to heaven, He commended the Church to them again. The Bridegroom now about to depart entrusted His Bride to the care of His friends: not that she should love one among them, but that She might love Him as Her Spouse, and them as friends of the Bridegroom; but none of them as the Bridegroom.

They are jealous for Him, the friends of the Bridegroom; and they will not suffer her to be corrupted by a wanton love. Men hate rather when they so love. Listen to the jealous friend of the Bridegroom, when he knew, through friends, that the Bride was in a way to being corrupted. He says: I hear there are schisms among you; and in part I believe it (I Cor. xi. 18). Also, it hath been signified to me, my brethren, (you, by them that are of the house of Chloe, that there are contentions among you, that everyone of you says, I indeed am of Paul; and I am of Apollo; and I of Cephas; and I of Christ. Is Christ divided? Was Paul then crucified for you? Or were you baptized in the name of Paul? (I Cor. i. 11-13.) O friend of the Bridegroom! He refuses for himself the love of Another’s Spouse. He wills not to be loved in the place of the Bridegroom, that he may reign with the Bridegroom.

The Church therefore has been entrusted to them (the friends of the Bridegroom). And when He was about to ascend into heaven, He said so to those who thus asked Him about the end of the world: Tell us when shall these things be? And when shall be the sign of thy coming? And He said: It is not for you to know the times which the Father hath put in his own power. Hear, O disciple, what you have learned from your Master: But you shall receive the power of the Holy Ghost coming upon you. And it has come to pass. On the fortieth day He ascended into heaven, and behold, coming upon this day, all who were present are filled with the Holy Ghost, and speak in the tongues of all nations. Once more unity is commended; by the tongues of all nations. It is commended by the Lord rising from the dead; it is confirmed this day in the Coming of the Holy Ghost. Amen. 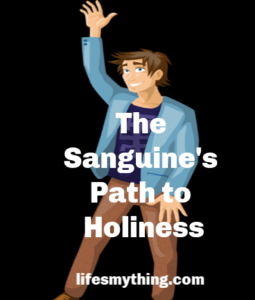 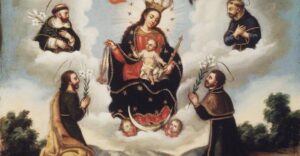 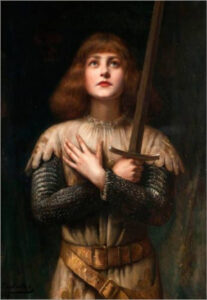 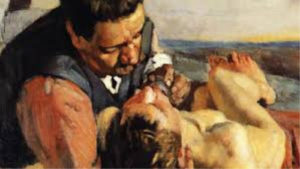 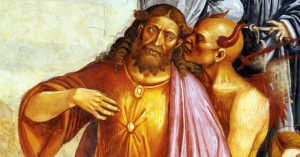